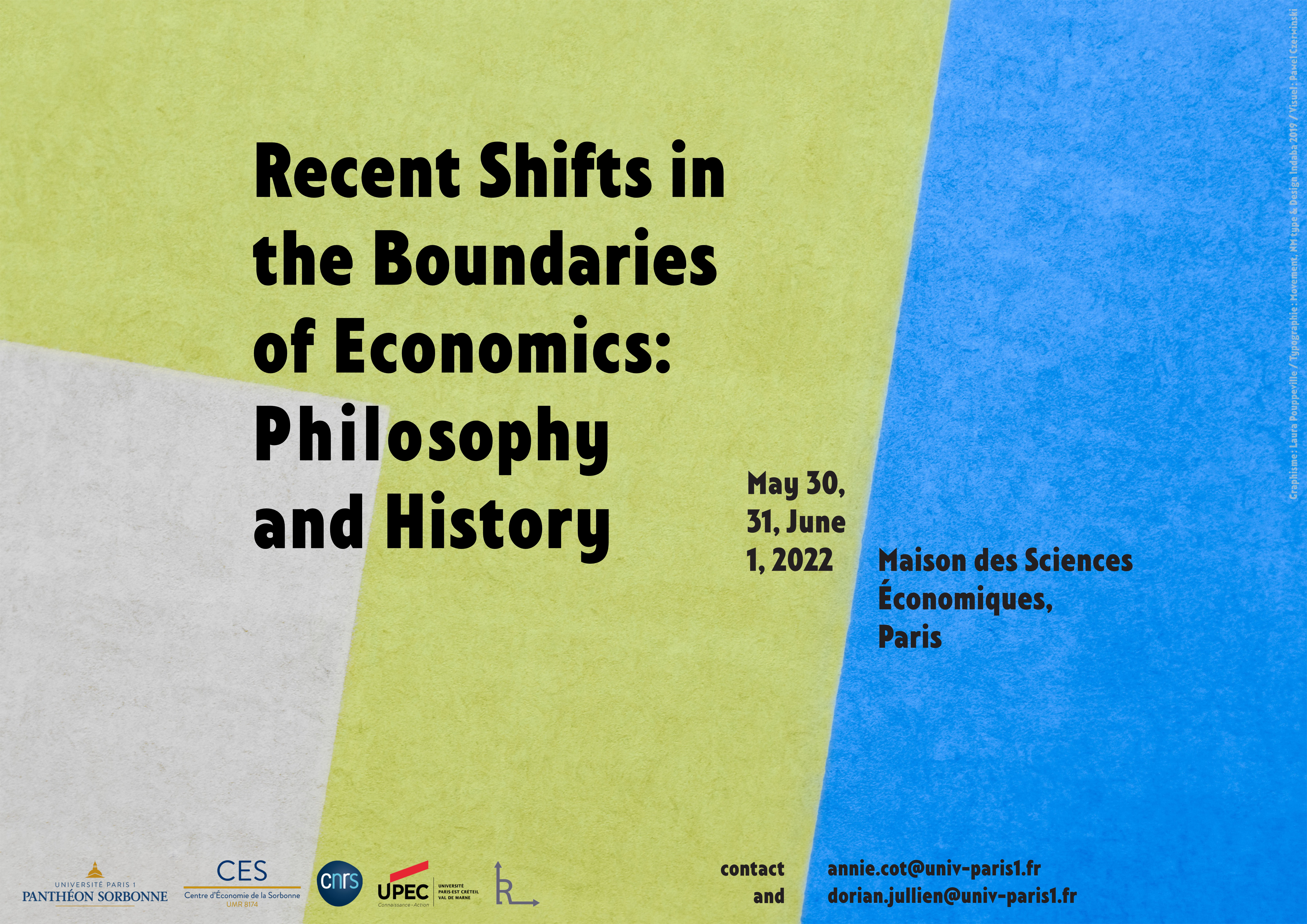 Over the past four decades, the literature in philosophy and history of economics has sparked a growing interest in the changing boundaries between economics and other disciplines.

Political economy emerged at the end of the 18th century as an autonomous scientific discipline; as other contemporary emerging fields, political economy built its field by drawing clear boundaries with other disciplines, such as demography, political arithmetic, morals, political philosophy, etc. Over the following centuries, these boundaries evolved, notably (1) in response to the emergence of other disciplines in the social sciences - in particular sociology; (2) to adapt the rhetoric of economics to the emergence of new institutional norms regulating the intellectual and academic professions; and (3) as a result of the development of new formal methods, new data constructs, and new data processing techniques.

The purpose of this conference is to invite scholars in economics, history of economics, and philosophy of economics to broaden the scope of research that has developed over the last four decades on the boundaries of economics.

Four main areas of research will be emphasized.

The boundaries of economics have also been transformed by the implementation of public policies and their evaluation using new quantitative or formal methods - as illustrated by the example of randomized field experiments, imported from medicine. Whether or not these recommendations are followed by practical implementation, they play a central role in the cross-evaluation of the relationships between various disciplines, state intervention and the mechanisms of interaction between the public and academic spheres. The conference will include contributions on case studies of these new interfaces between politics and academia.

Finally, we shall welcome contributions that explore the changing internal boundaries of the economic domain, delineating the contours of its various sub-disciplines. This new field of research has recently been approached through the history of the classification and categorization of fields of research in economics, which have highlighted the emergence of new subfields, based on the implementation of new methods (such as experimental economics), on interest in new objects (such as gender economics) or on the implementation of new practices (for example, forensic economics). The study of these new subfields has the particularity - and interest - of directing the gaze towards smaller units of analysis, thus offering new historiographic approaches to this field of research.

The Scientific Council's answers will be notified on July 12, 2021

Contributions to the conference should be sent before December 1, 2021